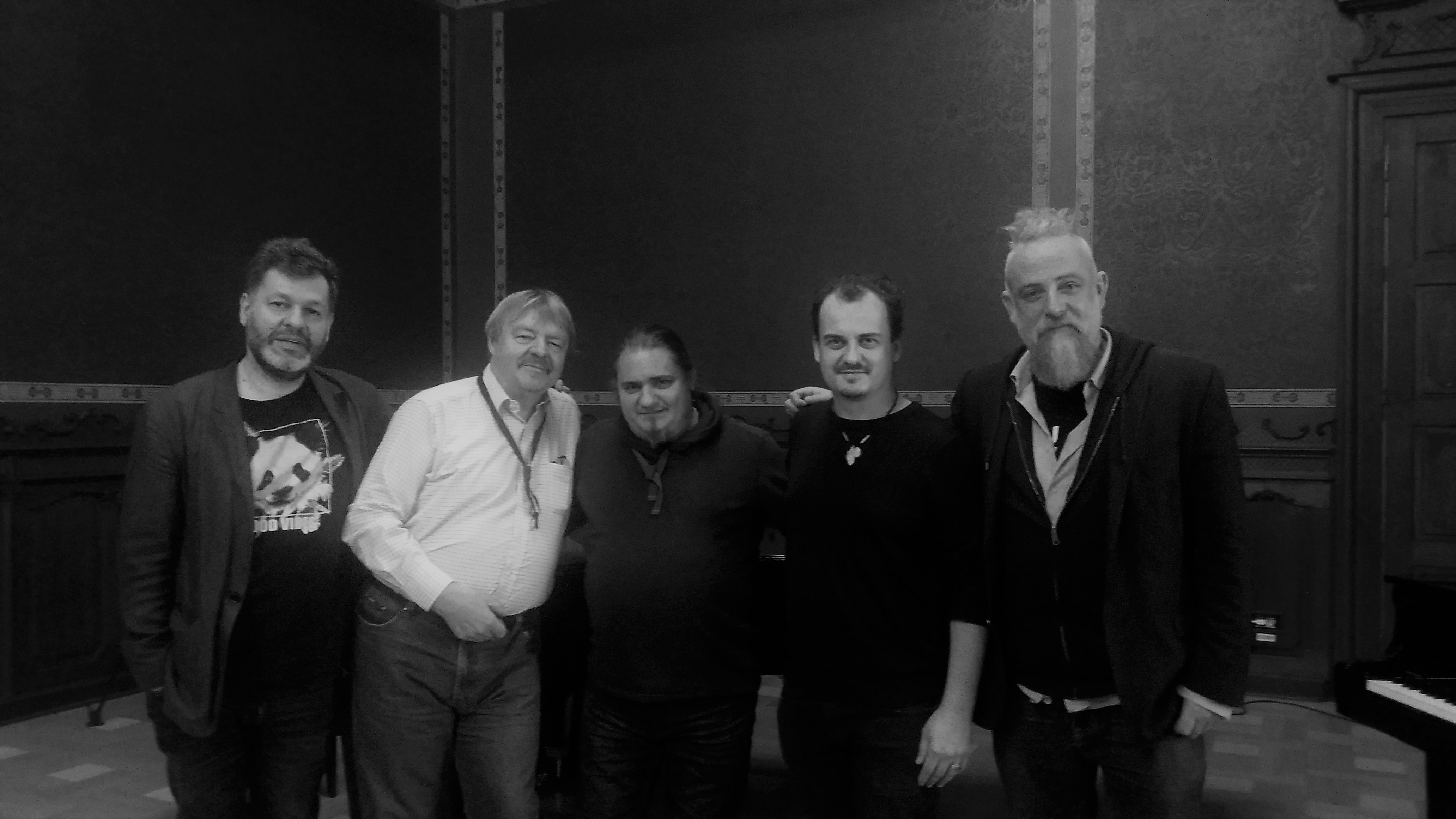 What an awesome master-class i’ve had today with three masters from the jazz world. The amazing pianist Lucian Ban, Mat Maneri on viola and John Surman on saxophones & bass clarinet. I’ve heard their concert, 2 days ago with the awesome music of Bartok, approached thru these 3 amazing musicians and i can tell that it was an outstanding performance.

Yesterday, Lucian Ban invited me to be part of their master-class and discussions about Bela Bartok and their approach of his music inside the jazz spectrum. It was totally cool! Funny part, there was not so many musicians to participate at least at the discussions. Anniway … Maybe ignorance nowadays it’s a high luxury received by the mass through social media without struggling to much to get it …

Meanwhile, back to our chapter, the Bartok chapter … For those who have never heard about Bela Bartok, you can find infos about him, his music, on internet … I’m not going to write years, biography about a well known person that can be found on internet very easily …

Romania should be happy that he was born in Sannicolaul Mare … but of course like so many other composers/artists, he left his country, without forgetting it, that’s why he collected more than 500 traditional folk song only in the West part o Romania. In total, he created collections of scores with more than 3000 songs. Very simple written scores, even if they are sometimes in odd meters, old carols, dances from different areas of Romania.

Some people from his place where he was born, they still remember some of the old carols dances that he collected and Lucian Ban said that when they’ve played in his town, Sannicolaul Mare, the audience was singing quietly those old songs, during their concert, and i think the sensation must have been sublime.

Great initiative from Lucian Ban, to start this journey in “retracing Bartok” and i do hope it will get its best out of this concept and for 2021 when Temeswar will be the Cultural Capital, this will be an awesome project.

Here’s a short video that i’ve filmed on my way to the Baroque Museum in Temeswar, where this awesome master-class took place.

Maybe in the next Future, some of my ethnical instruments that i’m playing will taste this concept of music o Bela Bartok and i’ll try to see how it would sound a bulgarian kaval, for example, on one of the carols collected and transcribed by the great composer Bela Bartok.

Enjoy some music as well …