Another Day of 31th of October … and i’m wondering if expecially the new generation does know the true signification of this so called celebration, Halloween. This year, Halloween is co-related with the day of Mercury, Wednesday, 31th of October. Its origins are back in the celtic days, when they’ve celebrated by making bonfires and were wearing costumes to ward off the ghosts. The name of this celtic celebration was Samhain. All Saints Day from the 1th of November, each year, incorporates somehow the traditions of Samhain. So, are these two days a kind of bridge between Here and the After Spectrum? Interesting, right?

The so called Halloween has actually its roots in All Hallow Eve, and it was the nite before the Day of All Saints from the date of 1th of November, implemented somehow by the Pope Gregory the III rd.

I think nowadays the Day of Halloween has more important connotations as being a “trick or treat” day, carving pumpkins and wearing interesting costumes. Maybe as time was passing, everything what had a sacred signification in the Past, now, it has only for “some people” …

Now, getting back to our Old Samhain and its connotations, i think, this celebration was an important one expecially for the celtic people, being the New Year Day on the 1th of November. The night of 31th of October they used to celebrate the Samhain, and it was considered that on this night beofre the New Year’s Day, the boundaries between the worlds of the living and death are becaming blurred and the souls who passed on the other side could visit the Earth and their loved ones. In this time frame between 31th of October and the New Year Day, the Druids ( Priests) could get in contact with the ghosts from the other Worlds and predict the Future for the next Winter period and even for the next year, so they could know in advance what the Mother Nature could bring them, that’s why these prophecies were an important source for them to know what to expect from the hard Winter. Druids always built huge bonfires and brought animal sacrifices in that period and were wearing costumes made from the animal skins.

After this Samhain traditional festival, the days of all Saints have happened between 1th of November and then on the 2nd of November.

Maybe after the celebration of Halloween became famous in United States, the so called “grotesque” element became more implemented and actually the mistycal, religious sense of the ancient celebration lost its significance. Do we still have something kept organically and not distorsed in Time? Maybe everything is about costuming and consuming? Just a joke as “trick-or-treat” 🙂

I think this Trick or Treat dates from the old day of All Saints Days, when the poor people were bagging for food and the wealth families would give them the so called Soul cakes in return for their promise to pray for their lost relatives.

Enjoy your Days, and feel free to enjoy my carved pumpkin, made by me and my lovely son. 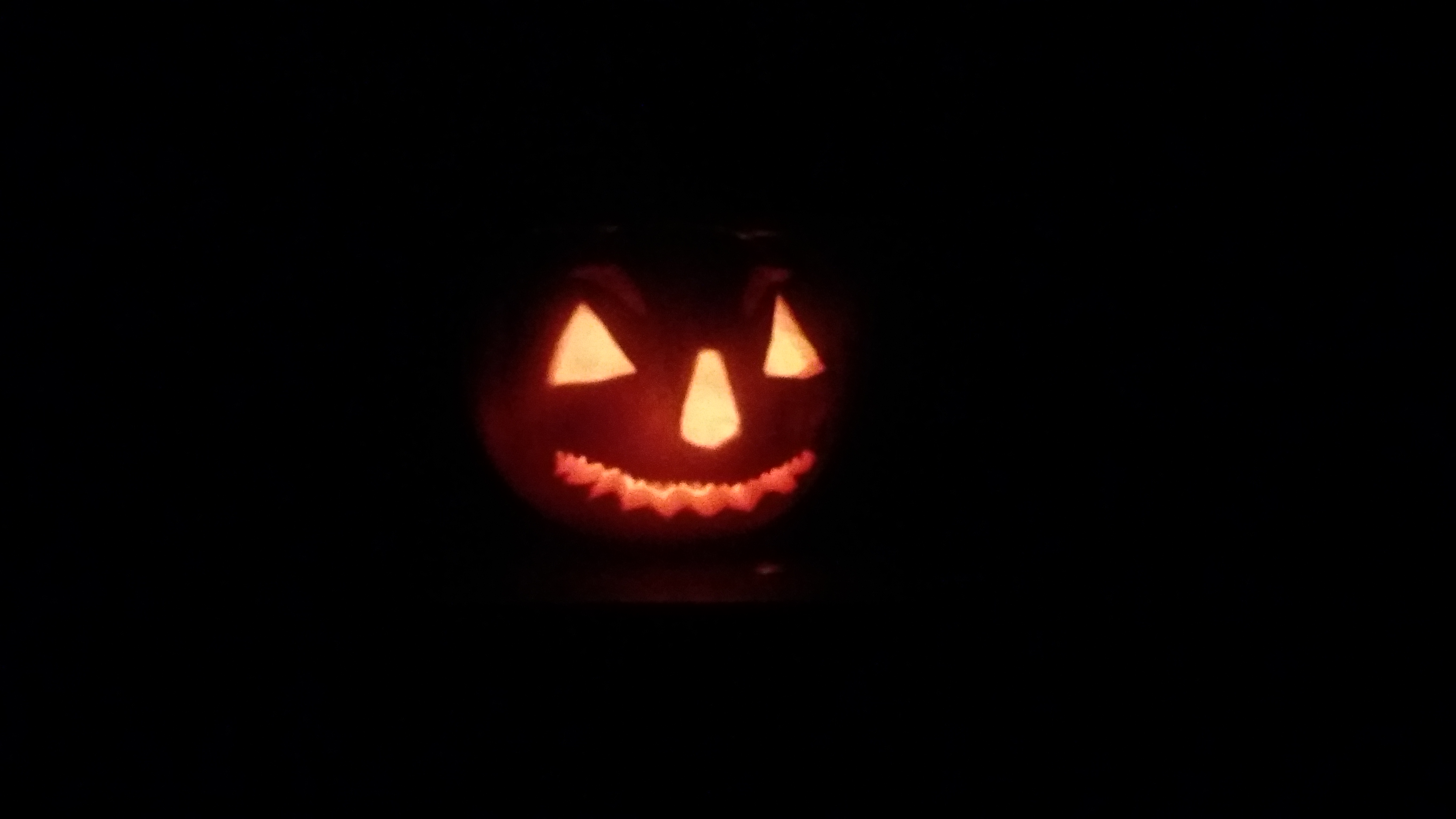 PS: Some music is always welcomed to wash our Souls: